It’s been a while since the last FIFA post. But now you’re reading one, congrats.

The finals were yesterday, (or today, but the game was at midnight-ish here) so chances are that you’ve already heard who won. If that’s the case, then don’t even bother finishing this post.

If that is not, the case, however, then keep going. I’ll try not to spoil who won till the end.

Let’s take this step by step. Last post, there were 16 teams that I talked about. Those sixteen teams were then reduced to eight teams. Those teams were:

Then, reduced to four.

To get to this stage, Brazil had to win against Columbia. They did, obviously, but Neymar, their best player, got injured, and he wouldn’t be able to play for the rest of the championship. Ooooh…burn…. Aaaaanyway…

Brazil went up against Germany with both the team captain and Neymar, their best player, missing, and they lost 1-7. Ouch. Embarrassing. Seriously though, I watched that game, and it was epic.

I’m not kidding. There were, like, three goals within five minutes. AWESOME! Germany totally deserved the w- oops. Sorry. I meant whoops. Instead of w-oops. Yep. I accidentally pressed the slash thingy instead of the “H”. Totally.

Let’s start with Brazil-Netherlands. This’ll be quick. Brazil lost, Netherlands won 3-0. Or 0-3. I don’t really don’t know which one is the right one. The latter one I think? Well, yeah. Congrats Netherlands!

What you’ve all been waiting for!

The most watched TV event in the history of the world!

The grand finale to the biggest sport competition known to man! (and woman)

*back to booming voice*

and who will win this epic game of quick thinking, teamwork, and skills?

only time will tell!

Sadly, I can’t post a video of the game here. You should look it up on you tube. You’ll find it there. If you don’t, blame You Tube. So. Who did win? 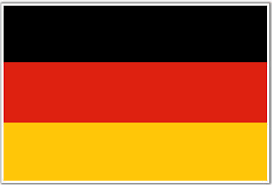 Congrats Germany! Were there any Germany fans out there? I don’t know, I didn’t see any in the comments. But I do recall someone saying that the finals could be Argentina-Germany. I also recall texting someone who was rooting for Germany.

The final score was 1-0. Dissapointing, huh? The most important games always seem to be the most boring ones.

Take 2010, for example. The finals for that year were Spain vs Netherlands, and Spain won 1-0 in extra time. In 2006, it was only a bit better. Italy beat France 1-1 on penalties after the match finished. And 2002? A little better. Only a little, though. Nothing compared to the 1-7 Germany and Brazil match. If you’re going to watch any of the matches on You Tube, (once again, IF they are there) then that is the match you’ll want to watch. Don’t waste your time on the finals when you already know who won.